Wayne Rooney has had a really tough week or so, but thankfully Manchester United teammate Zlatan Ibrahimovic was on hand to give him a hug at training on Wednesday.

The 31-year-old apologised for images that surfaced of him after a boozy night at the team hotel while on England duty almost a fortnight ago, as he slammed the “disgraceful” nature of the media coverage, as noted by BBC Sport.

As he continues to fight for a place in the starting line-up for club and country, it’s fair to say that it’s been a difficult season for old Wazza as he hopes to prove his worth in the coming weeks and put the whole incident behind him.

It’s ok though, as Zlatan has got his back. As seen in the image below, the big Swede gave his teammate a hug during training on Wednesday to try and perk him up. Awww.

Rooney was also seen laughing and joking around with his teammates and the coaching staff during the session as he hopes to now play some part in helping United get a positive result in their Europa League clash with Feyenoord on Thursday night.

The England international has scored just two goals in 16 appearances in all competitions, but has provided seven assists and scored a superb goal against Fenerbahce last time out in Europe. 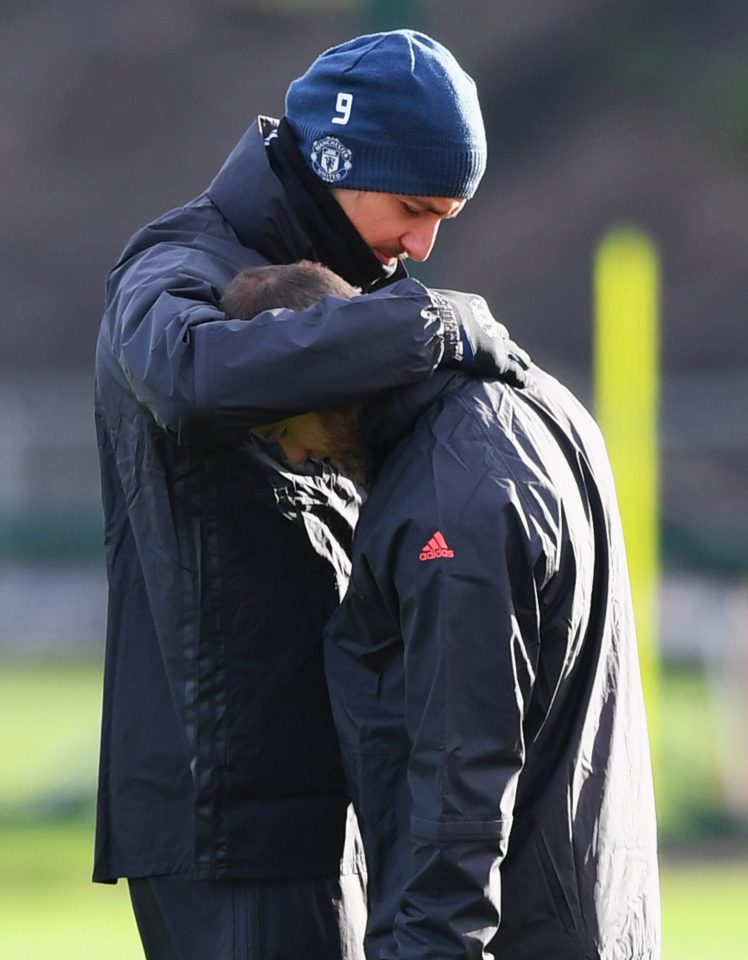