ESPN pundit Craig Burley was asked for his opinion on Tottenham’s exit from the Champions League on Tuesday night, and it wasn’t pretty.

The former Scottish international slammed Mauricio Pochettino for resting key players such as Kyle Walker and Jan Vertonghen, as he perceived it to be down to the fact that he had one eye on Chelsea at the weekend.

While others might argue that Pochettino was right to rotate and still put a strong enough team out to win the game in France, Burley was having none of it and questioned the thinking behind the decision.

“Good, I’m glad they’re out. Resting players in a game you have to win in France, you knew Leverkusen had dropped points, and he still fielded a weakened team,” he told ESPN FC.

“It wasn’t a poor team but it wasn’t his strongest and they got totally outplayed. They’ve been a shambles in this competition and I’m glad they’re out.

“They’re now resting players because they’re playing Chelsea at the weekend? What a joke that is.”

His logic makes sense from the point of view that it’s ridiculous to prioritise a competition that the club is striving to finish in the top four in order to get into the Champions League when they had the chance to impress in Europe.

Whether it’s a need to consistently deliver Champions League football for financial purposes which was the overriding factor and thus the Premier League is the key competition or some other reason, Pochettino felt as though he had to, and could afford to, make changes and it didn’t work.

Instead, Spurs are now out of Europe’s premier competition, and will now need a reaction against an in-form Chelsea side at the weekend to avoid their poor run of form becoming a genuine crisis as they have won just one of their last nine games in all competitions. 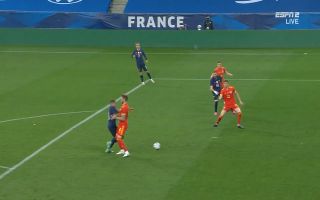