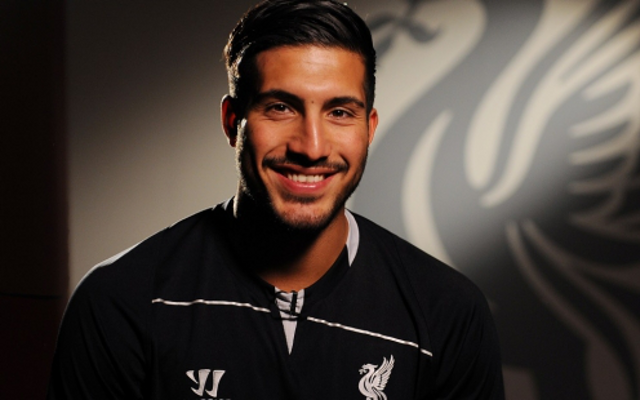 Liverpool star midfielder Emre Can put the finishing touch on an impressive ‘keepy uppy’ challenge performed during training with the Reds.

Several Liverpool players were involved in the move including Philipe Coutinho and Daniel Sturridge.

Can celebrated the as if had won the World Cup while Sturridge uploaded the clip to his official Instagram page.

Liverpool will be looking to return to winning ways when they take on Sunderland this weekend in the Premier League.