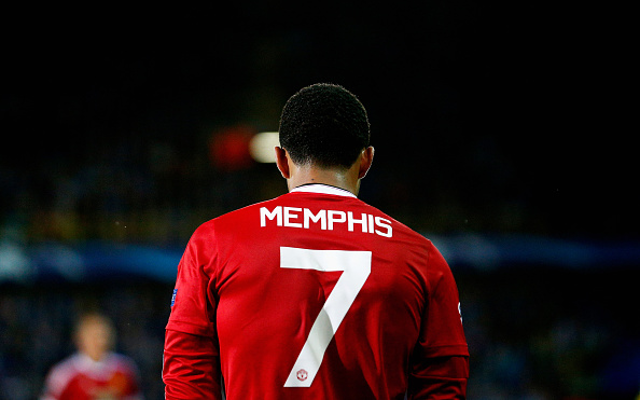 The 22-year-old has struggled since moving to United last summer, as he contributed just seven goals and 10 assists in 49 appearances in all competitions under Louis Van Gaal last season.

It hasn’t gotten better for him this year, as he’s been limited to just seven outings all season under Jose Mourinho and it appears as though he could now be on his way out of Manchester.

According to Sport Express, as noted by The Sun, a loan deal is reportedly being lined up by Spartak, although it will include an option to buy at the end of the season.

It’s claimed that the fact that Depay’s close friend Quincy Promes is already at the club could be used as an incentive to make the move to Russia, but it remains to be seen as to whether or not it’s a switch that appeals to the former PSV star.

Spartak are top of the table in Russia and will be pushing to make the Champions League next season. In turn, there may well be enough there to persuade Depay that perhaps it is a good move for his career.

A switch away from United no matter where he goes next will be a disappointment, but given his lack of playing time and struggles to establish himself at the club, perhaps a move elsewhere to get back on track is the right move for him.

Whether it ends up turning into a permanent deal will be determined, but the first thing for Spartak is to convince the Dutchman that they can provide him with the perfect opportunity to rediscover his best form in the short term.

As reported by The Express in March, it’s claimed that United signed Depay from PSV for £26m, and so there will be a degree of disappointment and frustration that the big-money signing hasn’t been able to have the desired effect as of yet.