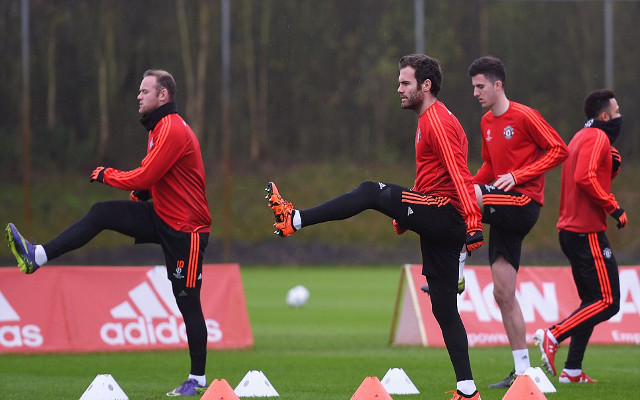 The Spain international was present during the Red Devils 4-0 victory over the Dutch side Feyenoord in the Europa league yesterday evening.

Mata shared a photo of himself alongside Wayne Rooney and included the following caption, “Great win & @waynerooney = All time @manchesterunited European top goalscorer!”

Man United take on West Ham United in the Premier League this weekend as they look to bounce back from their 1-1 draw with Arsenal last weekend.