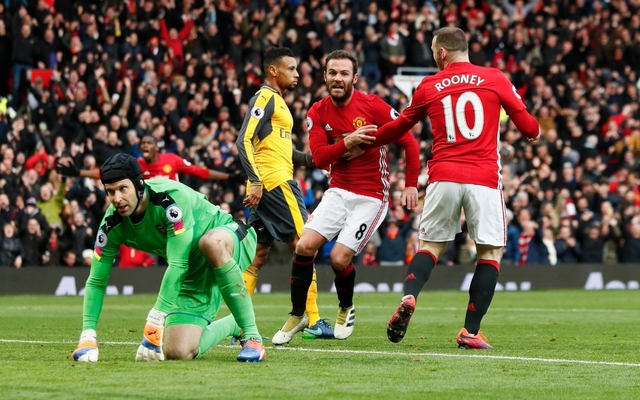 Manchester United star Juan Mata scored in the 4-0 victory over Feyenoord in the Europa League at Old Trafford on Thursday.

Mata may have scored but it was Wayne Rooney that set him up and stole the limelight after finding the back of the net himself and becoming the highest ever goalscorer for United in club history.

The Spanish international shared a picture from the game hugging Rooney on Instagram alongside a message congratulating the team captain on his achievement.