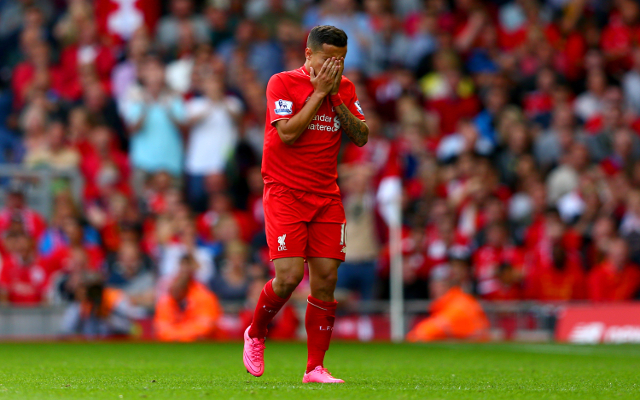 Philippe Coutinho could be set for a spell on the sidelines if his injury sustained against Sunderland this afternoon is as bad as this photo suggests.

Coutinho was stretchered off in tears with his ankle in a brace. On first viewing it looked like it could be a serious injury.

The Brazilian has scored five goals and provided five assists in the Premier League so far this campaign. His influence all-over the pitch would be a huge loss to Jurgen Klopp’s side.

Doesn’t look good, absolutely gutted for him. Without a doubt our best player…. pic.twitter.com/MH0yIaFePe