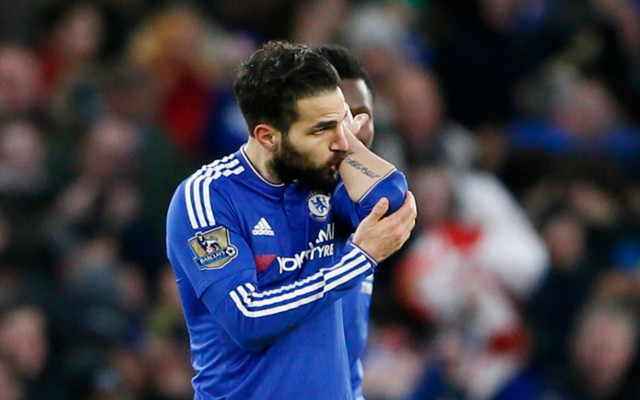 Chelsea outcast Cesc Fabregas has found playing time difficult to come by recently but that did not stop him getting involved in the London derby build up.

The Blues take on Tottenham at Stamford Bridge on Saturday in the derby hoping to become the first team to beat Spurs in the league this season.

Fabregas took to twitter to share a picture and ask his followers and Chelsea fans if they were ready for the derby.