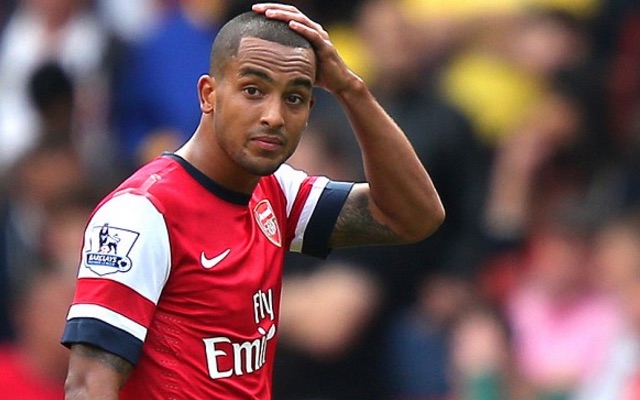 Arsenal forward Theo Walcott has taken to social media to dedicate his goal against Bournemouth today in the Premier League to his children Finley & Arlo.

The former Southampton man shared a photo of his goal celebration on Instagram and included the following caption, “For my boys Finley & Arlo.”

Arsenal remain in forth place following today’s victory and take on Southampton next week in the League Cup.