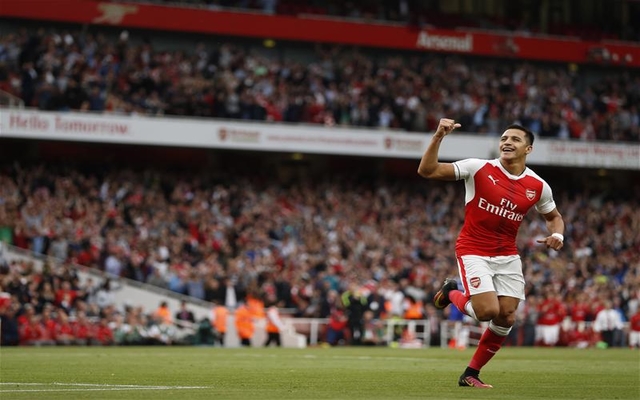 Arsenal were gifted the opening goal in their clash with Bournemouth on Sunday as Alexis Sanchez took full advantage of an awful defensive mistake.

Steve Cook attempted to pass the ball back to goalkeeper Adam Federici, but the 25-year-old only managed to hand possession straight to Sanchez who kept his composure and ensured that the Bournemouth man was made to pay the ultimate price for his error.

Video: Alexis Sanchez capitalises on a defensive error to give Arsenal an early lead vs. Bournemouth. #afc pic.twitter.com/Z3F3AWr6BJ

The hosts made a really positive start to the game, as needed after three poor performances and three consecutive draws in all competitions.

With two Bournemouth defenders booked within the opening seven minutes and with some nervous scrambling around the backline to keep Arsenal out, it was exactly the response that Arsenal fans would have wanted to see from the players.

However, the key was to make that early pressure pay and Sanchez ensured that it did with some excellent pressing to grab his seventh Premier League goal of the season.

With Olivier Giroud dropped back to the bench, the goalscoring responsibility will be on the shoulders of the Chilean international who is back leading the line for the Gunners.