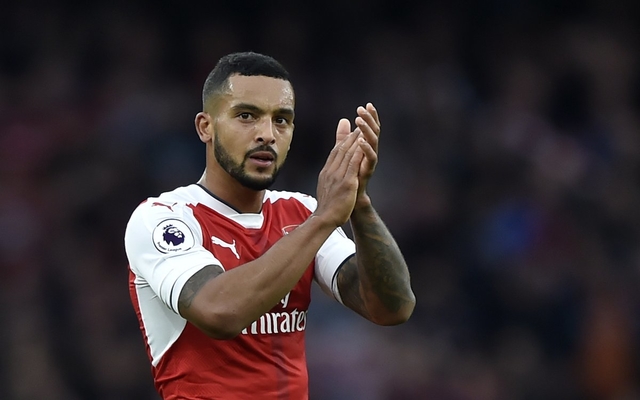 Arsenal ace Theo Walcott got himself on the scoresheet against Bournemouth to notch his sixth goal of the season and restore his side’s lead.

The England international scored just five Premier League goals in each of the last three seasons, but has found his feet in front of goal this year as he took his tally to six in 12.

A great deal of credit must go to Nacho Monreal though, who kept his composure to deliver a perfect cross back into the box which Walcott was all too happy to snap up and head home to restore Arsenal’s lead in the game.

The Gunners are on an 18-game unbeaten run, but having gone without a win in their last three outings in all competitions, Arsene Wenger will be desperate to see his side claim all three points and get back to winning ways to close the gap on their rivals at the top of the table.