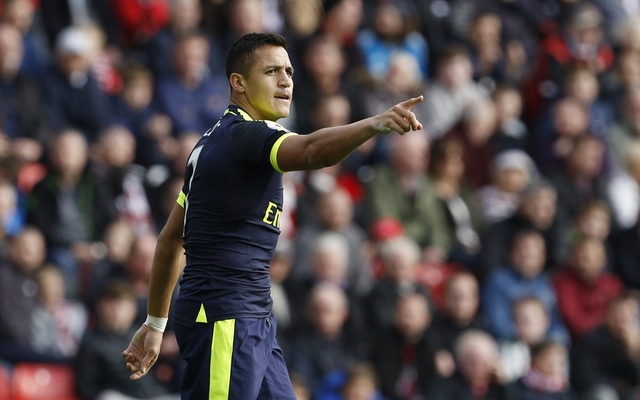 Arsenal boss Arsene Wenger has suggested that the club will do what they have to do to ensure that Alexis Sanchez signs a new contract.

The Chilean international will see his current deal with the Gunners expire at the end of next season, and there have been several delays in reaching an agreement on new terms.

However, Wenger has moved to allay fears that Arsenal could lose their star forward, who scored twice in his side’s 3-1 win over Bournemouth on Sunday to get them back to winning ways after recent frustration.

“It is important. How important it is, I don’t know. We will not sort it tonight,” Wenger is quoted as saying by the Metro.

“We have some time in front of us. You (the media) like us to spend money, so you should be happy!”

The former Udinese and Barcelona star has 10 goals and eight assists in 18 appearances in all competitions so far this season, as he has continued to be a decisive figure for Arsenal whether playing up front or on the wing.

Given his form and how he has evolved into Arsenal’s talismanic leader up front, many supporters will be desperate to see him commit his long-term future and it appears as though the club are ready to meet his demands and ensure that they don’t lose him any time soon.

The key though will be to match the 27-year-old’s ambition, and that means Arsenal must continue on their current path and battle towards winning silverware this season.

Wenger’s men are unbeaten in 19 games in all competitions now, but the win over Bournemouth was significant as it ended a three-game winless streak during which their performances were significantly worse than earlier in the season.

Sanchez signing a new contract sooner rather than later would give the entire club a boost and so it remains to be seen how soon the two parties can reach an agreement.