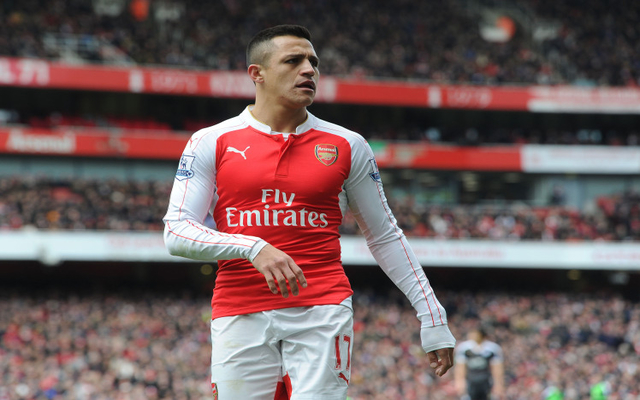 Inter are reportedly plotting an ambitious move to sign Arsenal forward Alexis Sanchez amid ongoing doubts over his contract situation.

The Chilean international will see his current deal expire at the end of next season, and so Arsenal are under growing pressure to agree on new terms before other clubs have an opportunity to discuss their own contract offer with him.

According to Corriere dello Sport, Inter will test Arsenal’s resolve early by putting a lucrative offer on the table, with the club said to be putting up a whopping €150m for coach Stefano Pioli and his directors to rebuild a squad that has fallen well short of expectations so far this season.

The Nerazzurri have collected just 18 points from their 13 games so far this year, leaving them toiling in 12th place in the Serie A table and a concerning 11 points adrift of the top three as they aim to qualify for the Champions League.

It still seems a bit of a stretch to suggest that Inter could persuade Sanchez to leave the Emirates regardless of the money that they’re said to be willing to put on the table.

The former Udinese star knows all about Serie A and his return would be a huge boost for the Italian top flight, but considering Arsenal are currently challenging for honours at home and in Europe with Inter struggling to even make Europe at all, it would be a major step down for him.

Nevertheless, with the crazy transfer funds that the club are said to have at their disposal next summer, they could convince the likes of Sanchez with the project that their wealthy Chinese owners are trying to sell.

Marquinhos, Matteo Darmian, Marco Verratti, James Rodriguez, Luiz Gustavo and Sanchez reportedly make up their transfer shortlist, and that would certainly be a major statement of intent if they were to pull off those deals.