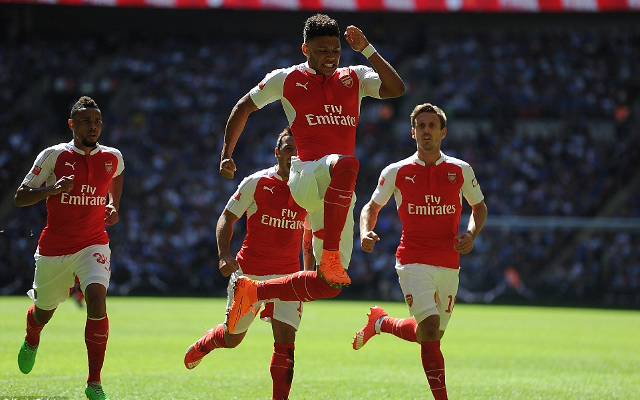 Arsenal star winger Alex Oxlade-Chamberlain has taken to social media a day after the Gunners defeated Bournemouth in the Premier League.

Arsene Wenger’s side remain in forth place in the league – three points behind leaders Chelsea – following their 3-1 victory over the Cherries on Sunday.

Chamberlain was included in the starting line-up but was unable to make a major impact on the game.

The England international shared a photo of himself from the game and included the following caption, “Tough game yesterday, but a good win in the end.”