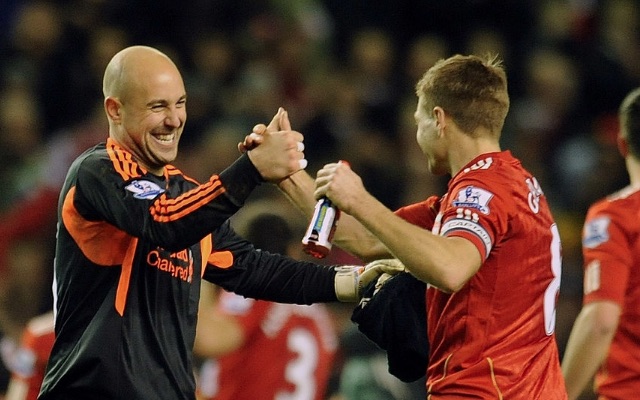 Liverpool legend Steven Gerrard has shared a photo of himself enjoying his retirement while eating sushi.

The 36-year-old midfielder decided to hang up his boots last week following a spell in the MLS playing for the LA Galaxy.

Gerrard decided to uploaded a photo of himself beside his wife and included the following caption, “#sushi”

Liverpool remained in second place in the Premier League following their 2-0 victory over Sunderland.