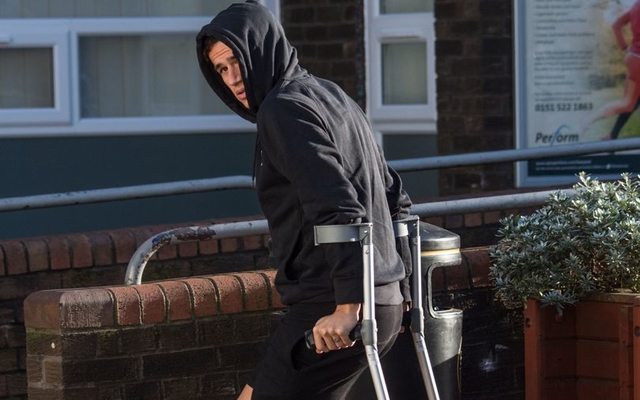 Liverpool star Philippe Coutinho arrived at hospital on Monday morning to undergo further scans on his injured ankle to reveal the extent of the damage.

The 24-year-old was stretchered off during his side’s win over Sunderland at Anfield on Saturday, after a nasty collision with Didier Ndong left him on the floor in agony.

Initial fears suggested that the Brazilian international could be out for a significant period of time, but that was all guess work as ultimately only the scans will reveal how bad the injury is.

As seen in the image below, Coutinho was on crutches and wearing a protective boot, with concern that he has suffered ligament damage.

Much will now depend on how severe that damage is though, as Jurgen Klopp will not want to be without him for an extended period of time with his side doing so well to start the season.

Coutinho has six goals and six assists in 14 appearances in all competitions so far this season, and as well as his overall contribution to the team, he has been an essential part of their success.

With tough fixtures coming up over the Christmas period including a Merseyside derby and a clash with Pep Guardiola’s Manchester City, Klopp will hope to not be robbed of one of his finest talents for long.