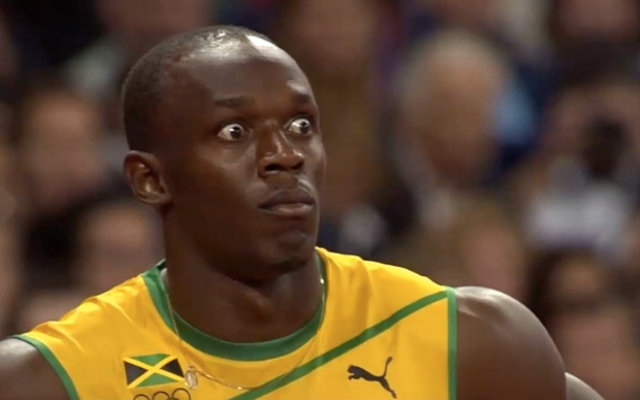 Usain Bolt emphatically retained the right to be known as the fastest man on Earth this summer when he won Olympic gold in the 100m, 200m and 4 x 100m events for the third consecutive Games.

However, he is giving up sprinting at the end of the current season, so what next for the 30-year-old Jamaican?

Well, Bolt is a huge football fan and he has confirmed that he is to train with German giants Borussia Dortmund when he quits racing.

Bolt was quoted by Sky Sports as saying: “The Puma boss decided that he could get me just some training time with Borussia Dortmund at the end of next season.

“He asked me if I wanted to do it. I was like ‘why not!?’ It’s something that I’ve always wanted to try to see if I was any good at. So at the end of the season, next season, I’ll go out there and do a little training to see if I would be worthy.”

Bolt makes no secret that his favourite football team are Manchester United.

When asked whether he had been approached by United manager Jose Mourinho, Bolt added: “Hopefully he’ll call me and see what’s going on. I’m really excited about that.”

United are blessed with pace in wide attacking areas, where the likes of Anthony Martial and Marcus Rashord tend to play.

Could that open the door for Bolt?

Obviously, we joke, but Bolt’s touch is actually pretty decent, as this video illustrates.