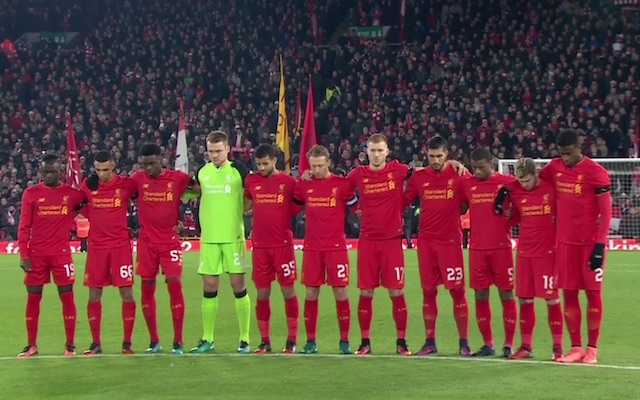 Liverpool and Leeds United this evening paid their respect to the 76 people who lost their lives in the recent Colombian plane crash.

The disaster has shook the football world after wiping out most of the Chapecoense team, just as the Brazilian outfit were preparing to play arguably the biggest game in their history.

Anfield fell silent for 60 seconds before tonight’s EFL Cup game with Leeds as both sets of players and supporters paid tribute.

Lucas appeared to mouth a silent prayer during the period of silence.

The entirety of Lucas’s domestic career in his native Brazil was spent with Gremio, with whom he won three team titles.

SEE ALSO: Arsenal, Chelsea in tributes to tragic plane crash club who this year challenged Leicester to a friendly in good-natured tweet

Lucas praying for the Brazilian footballers who died in this morning’s plane crash ?? ?