Everton erected giant lettering spelling out Goodison on the Park End roof of the stadium and shared a picture of the latest developments on the official club twitter account.

The Toffees have been giving their iconic stadium a facelift this season and work is underway to finalise a new lighting system as well according to the Liverpool Echo.

? | New lettering being added to the stadium. #EFC pic.twitter.com/DlseuykPxJ

Everton will hope to make up for last weeks defeat against Southampton when they take on Manchester United at Goodison Park on Sunday in the Premier League. 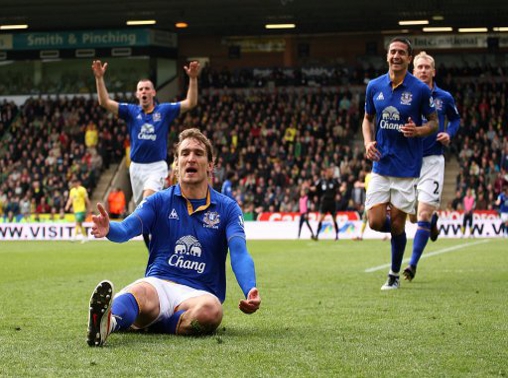 Private: Everton Star Has Had Enough Of Merseyside And Wants To Leave Goodison Park May 4, 2011 14:39
Everton FC