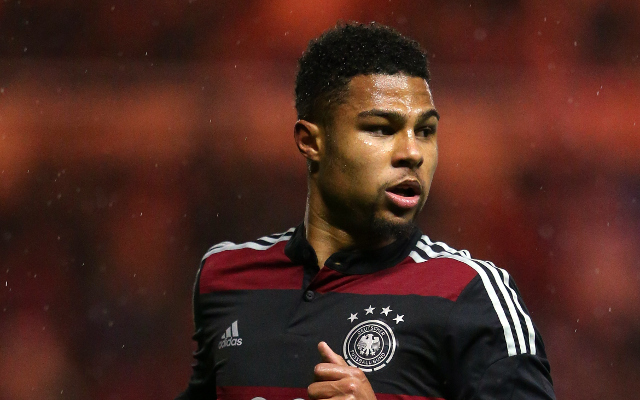 Arsenal fans should be annoyed at their club for failing to persuade Serge Gnabry to stay, but shouldn’t blame the youngster for his ambition.

The German forward came through the ranks at Arsenal, but left this summer for Werder Bremen in search of more game time. After making just one Premier League appearance last season, the 21 year old had decided that enough was enough and that he wasn’t going to spend any more time on the bench. The Gunners were keen to keep him too, apparently, but his mind was made up.

His brave decision to take a step one step back in order to take two steps forward appears to be paying dividends: he’s got five goals in 11 games in Germany this term, and got a national team call up to boot.

Maybe there was nothing Arsene Wenger could do to make Gnabry stay. In any case, fans should not blame their former player for his ambition. We have seen Paul Pogba return to United and Nemanja Matic return to Chelsea in recent times – perhaps Gnabry will one day make a big money return of his own.