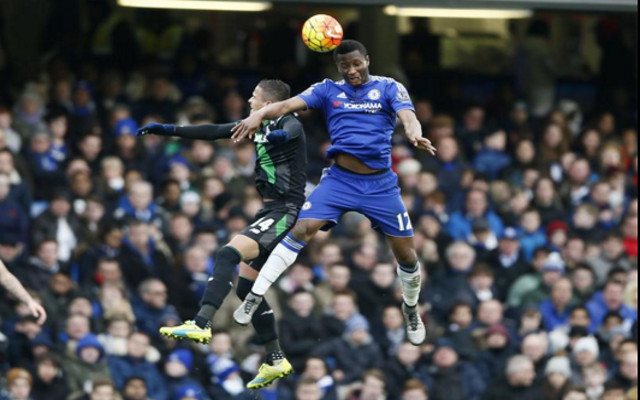 Manchester United were linked with John Obi Mikel this week – for example here in the Independent – in a rumour which didn’t appear to have legs from the word go. There never seemed to be any more substance to the idea than idle speculation about where Obi Mikel would go when his contract ends this summer. With only a month until he can negotiate with other clubs, its something that will be on the Chelsea man’s mind too, one imagines.

But the rumour did generate the interesting question of whether it would be a good move. Now hear me out – I imagine the reaction to the news wasn’t well regarded by Man U fans, but there is some logic to it.

Firstly, it would be very cheap. Chelsea would not need to be paid much – if anything – for the midfielder, who is currently about 5th choice in a two man midfield. Getting him off the wage bill would be beneficial to the Blues.

In addition, Mikel could play a role for United. He has the short passing, tempo controlling abilities of Michael Carrick. but still has the legs to get around the pitch better. He has always been a much better defender than Carrick in any case. Mikel’s problem has always been the way he slows the play down and doesn’t play attacking passes. But with him alongside Paul Pogba, this wouldn’t be a problem. With Mikel sitting, Pogba and Ander Herrera would be able to break forward without worrying.

It would probably only work as a 6-18 month stopgap, but it’s an idea that Jose Mourinho should consider, especially if his long term targets aren’t available in January.