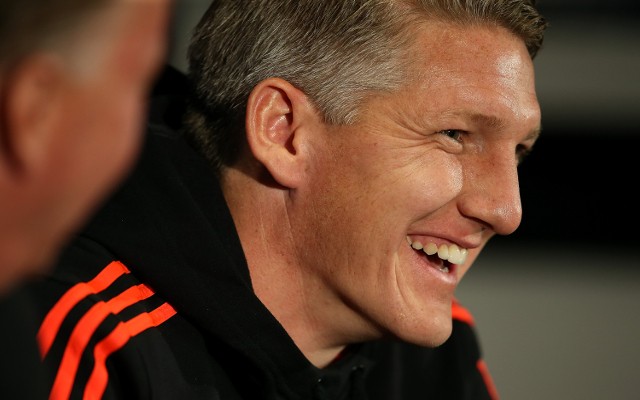 Manchester United boss Jose Mourinho has conceded that he tried to get rid of Bastian Schweinsteiger this past summer, but he could now stay until the end of the season.

After being frozen out, Schweinsteiger was brought back into first-team training at the start of last month before the former German international made his first appearance of the season in the 4-1 win over West Ham United in the EFL Cup on Wednesday night.

Having been brought in from the wilderness, it appears as though the experienced midfielder could now be given an opportunity to prove his worth to Mourinho this season, but it comes after the Portuguese tactician instantly looked to offload him following his arrival.

“In the summer we tried to make something happen for Bastian to have a different future but he was the powerful one and he decided to stay in difficult circumstances and worked for that,” he told the media, as reported by The Sun.

“In January again he will be the powerful one but probably with better feelings than before because he’s working with the team.

“I like players with determination. When he was not training with the team he reacted in a professional way. He’s another one who can help us. During the season there are injuries and suspensions.”

Schweinsteiger’s popularity with the United supporters has never waned, as evidenced with the reception he received at Old Trafford after being brought on against the Hammers.

In turn, it will be music to their ears to hear that he could feature more frequently in the weeks ahead, and in many ways it’s a solution that many had argued Mourinho should have used sooner.

With the United manager struggling to find the right balance in his team with a partner or two for Paul Pogba in midfield, he has had to rely on an ageing Michael Carrick to do the job.

Ander Herrera, Maraoune Fellaini and Morgan Schneiderlin have been used at different times, but Schweinsteiger will now be fighting to nail down a spot in the starting line-up in the weeks ahead.