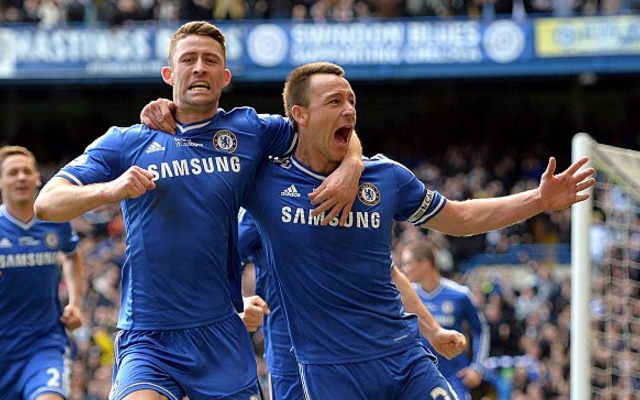 John Terry and Gary Cahill became centre-back partners at Chelsea in 2012 and their defensive unity has since helped the Blues win the Premier League, FA Cup, League Cup, Champions League and Europa League.

That partnership has now been broken by new manager Antonio Conte, who has frequently left Terry out of his backline following the Italian’s decision to change formation to a 3-4-3 system.

Cahill has started all 13 of Chelsea’s Premier League games this season, while Terry has not started any of the last nine. Despite no longer being partners on the pitch, the former England teammates remain travel buddies.

On the train with @garyjcahill ? on our way to Manchester ??

Terry took to Instagram on Friday night to share a selfie of himself and train partner Cahill, who was sat next to him as Chelsea made their way north to Manchester.

Chelsea, who were travelling first class with Virgin Trains, play Manchester City at the Etihad Stadium on Saturday lunchtime.