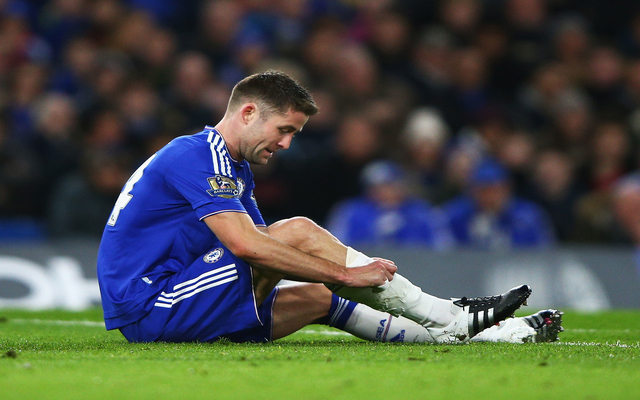 Chelsea defender Gary Cahill put through his own net as Manchester City took the lead in their Premier League showdown on Saturday.

The hosts picked holes in a Chelsea defence that has conceded just one goal in the last seven league game, and they eventually made it pay with Jesus Navas crossing into the box.

Cahill got himself in a real tangle and should have cleared his lines, but after going with the wrong leg to make the clearance, he diverted the ball past Thibaut Courtois and into the back of the net to break the deadlock.

City were left furious on several occasions through the opening 45 minutes, with David Luiz not penalised for obstruction on Sergio Aguero while Fernandinho had a goal ruled out for offside.

However, it didn’t matter in the end as City took the lead and will now hope to protect their lead and secure all three points to leapfrog Chelsea into top spot in the Premier League table.