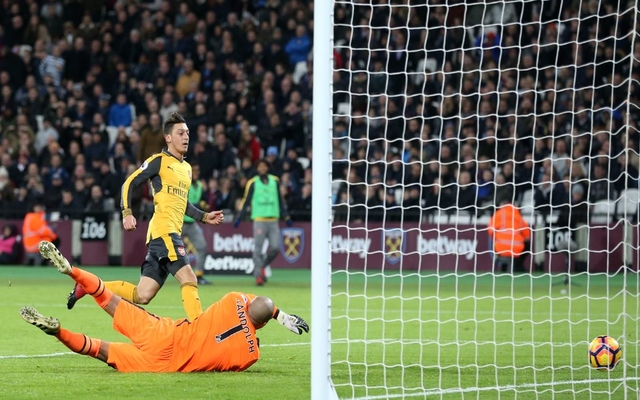 Arsenal dominated proceedings early on against West Ham United on Saturday, and they eventually made their pressure pay through Mesut Ozil.

The Gunners carved open several opportunities in the early stages of the encounter, but couldn’t find the decisive ball in the final third.

Eventually, with plenty of help from the West Ham backline, they were able to find a way through with Alexis Sanchez unselfishly setting up his teammate.

With Chelsea winning at Manchester City earlier in the day, Arsene Wenger’s side can’t afford to slip up at the London Stadium, as they look to close the six-point gap to Antonio Conte’s men.

Coupled with the disappointment of crashing out of the EFL Cup in midweek, they need to produce a response and taking an early lead at West Ham would have been exactly what Wenger would have been hoping to see from his players.