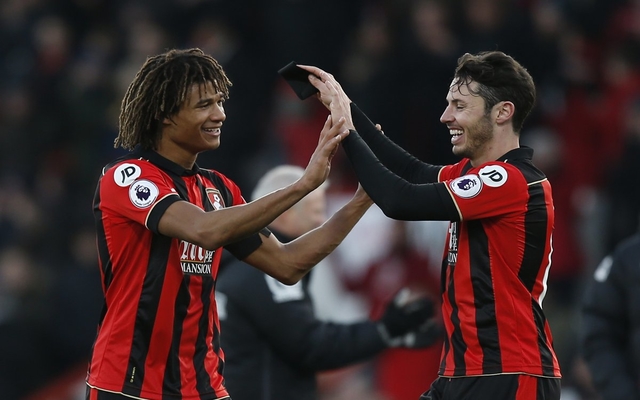 Chelsea had a good day on Saturday, and it continued through to Sunday even though they weren’t in action as a pair of loanees impressed.

First up was midfielder Mario Pasalic, currently on loan at AC Milan, as the Croatian international scored his first goal for the Rossoneri in their 2-1 win over Crotone at the San Siro.

The 21-year-old has struggled for playing time for the most part under Vincenzo Montella, but was given another chance against Crotone and bagged a crucial goal just before half-time after Milan had fallen behind.

Antonio Conte will be delighted to see him play and make an impact during his time in Milan while the player himself will hope his performance on Sunday will now spark a run in the team.

Elsewhere, and certainly in more dramatic circumstances, Nathan Ake was also having a great Sunday as he overcame a mistake in the build-up to Liverpool’s opening goal to score the thrilling late winner to seal a 4-3 win for Bournemouth over Jurgen Klopp’s side.

With Chelsea flying high at the top of the Premier League table, it would have been a double boost for Conte to see the 21-year-old score and continue to impress with the Cherries, while the late drama at the Vitality Stadium ensures that Chelsea remain four points clear of Liverpool, with Arsenal sandwiched in between and also benefiting from the slip up.

As shown in the stats below, it wasn’t just the goal that made Ake stand out, and he’ll also hope to build on his performance in the weeks ahead.