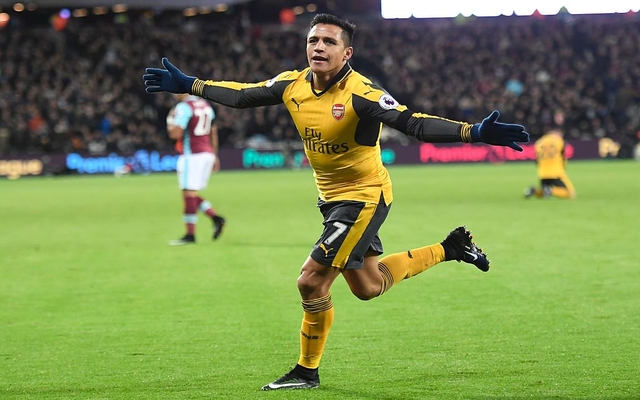 Eagle-eyed fans have been spotting the mistakes in the post from Crooks though, as he credits David Luiz with the assist for Diego Costa’s goal in the 3-1 win for Chelsea over Manchester City, while others have questioned why there aren’t more Arsenal players.

Given that the Gunners secured a 5-1 win over West Ham United on Saturday, with some impressive performances in midfield in particular, it’s debatable as to whether or not they perhaps deserved the nod instead.

Regardless, Crooks has gone with Thibaut Courtois between the posts after the Chelsea shot-stopper produced some key saves before his side took the game away from City in the second half.

His teammate David Luiz forms part of a back three that also includes Gareth McAuley and Marc Muniesa after the pair impressed for West Bromwich Albion and Stoke City respectively with key performances.

Kyle Walker was instrumental in Tottenham’s win over Swansea City, while Ryan Fraser helped spark a stunning Bournemouth comeback in their 4-3 win over Liverpool and scored a well-taken goal.

James McArthur and Nacho Monreal complete the midfield, with Sanchez and Costa joined by Matt Phillips in an attacking trident in a trendy 3-4-3 system.

As is the case every week, Crooks has come under fire on Twitter for some of his selections and exclusions, and this line-up should arguably have more of a Chelsea and Arsenal flavour to it.

However, one man that certainly deserved his spot in the team was Sanchez as the Arsenal forward has now been involved in 24 goals in his last 24 Premier League appearances with 18 goals and six assists.

That statistic aside, his hat-trick against the Hammers on Saturday was world class, and there should be no one who disputes Crooks putting him in his team of the week this time round. 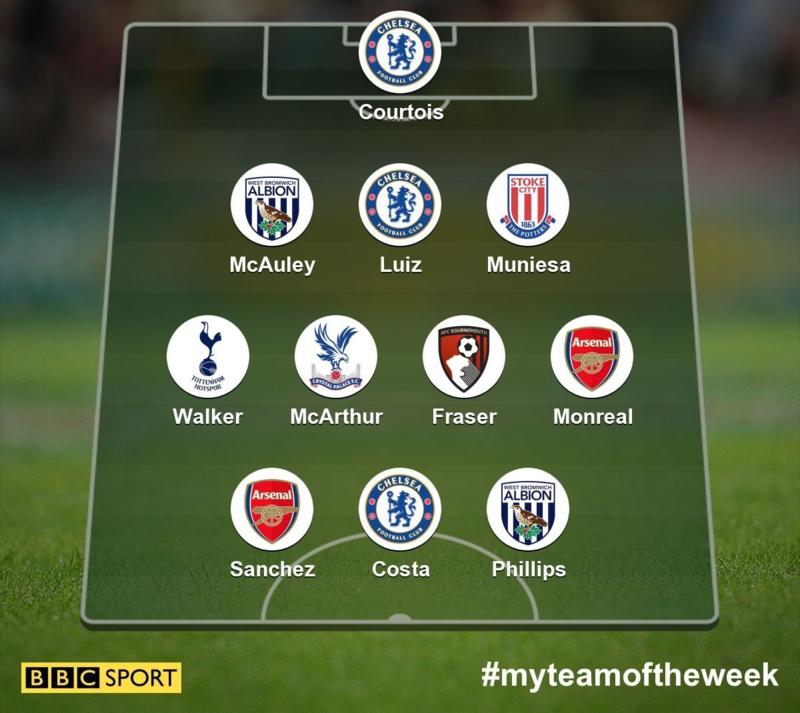