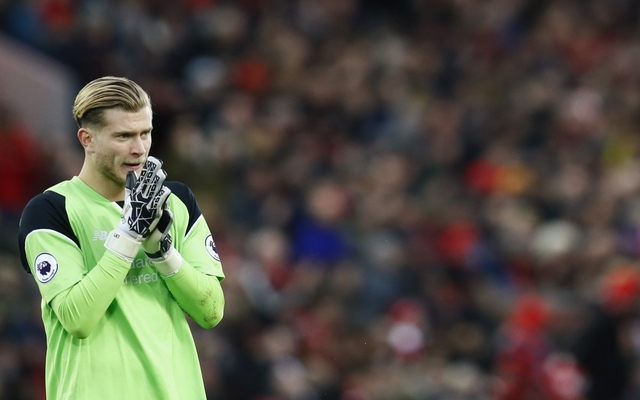 Former Liverpool goalkeeper Chris Kirkland has jumped to the defence of Loris Karius, insisting that it’s still too early to judge the German shot-stopper.

The summer signing was guilty of a costly error on Sunday as he was at fault in the build-up to Nathan Ake’s winning goal in Bournemouth’s 4-3 win over the Reds.

It was a significant blow to Liverpool’s confidence as they chase a Premier League title this season, and Jamie Carragher revealed how he was far from impressed with what he had seen from Karius.

“It’s nowhere near good enough from the goalkeeper,” Carragher said on Sky Sports. “This goalkeeper is yet to convince me – in any game – that he’s of the required standard.”

Unsurprisingly, Klopp defended his player from criticism and evidently still has faith that he can do the job required to help Liverpool be successful this season.

Although the German tactician has Simon Mignolet as a back-up option, his post-match comments suggested that he will continue with Karius.

“Look, I’m sure people criticised Jamie Carragher in his career. I have no concerns [with Karius]. If you make mistakes, you get criticised. That’s what happens in life, so I have no problem with that,” he is quoted as saying by The Guardian.

Meanwhile, perhaps the most telling defence came from former Liverpool man Kirkland who reminded those questioning Karius to think back to how David De Gea performed when he first joined Manchester United.

The Spaniard delivered several shaky performances after arriving in England and was in and out of the team under Sir Alex Ferguson. However, he has since established himself as one of the best goalkeepers in Europe, and Kirkland says patience is needed at Anfield.

“It’s important we remember what happened with David de Gea at Man United,” he noted on Sky Sports. “I remember Gary Neville criticising De Gea in his first season. He was getting lambasted left, right and centre. Now he’s one of the best goalkeepers in the world.”