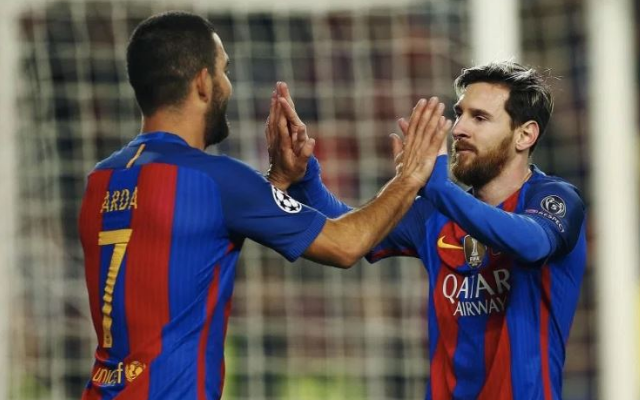 Lionel Messi opened the scoring after 15 minutes with a typically brilliant solo-goal. It was Messi’s tenth Champions League goal of the season in just five appearances so far this campaign. His astronomical goal-scoring records never get any easier to fathom.

Arda Turan, who has struggled to reach his best from since moving to the Camp Nou from Atletico Madrid in the summer of 2015, scored an emphatic hat-trick this evening. The Turkish international scored his first in the 50th minute and rounded it off in the 67th minute. Turan is not usually known for being a prolific goal-scorer, but he could have fooled us this evening.

Barcelona go into the draw for the knockout stages of the Champions League as group winners after amassing 15 points from six matches. They are undoubtedly one of the favourites to go all the way and win it.

Man of the match – Arda Turan: It simply could not be given to anybody else after Turan bagged a hat-trick this evening. You can see this third goal of the game here.