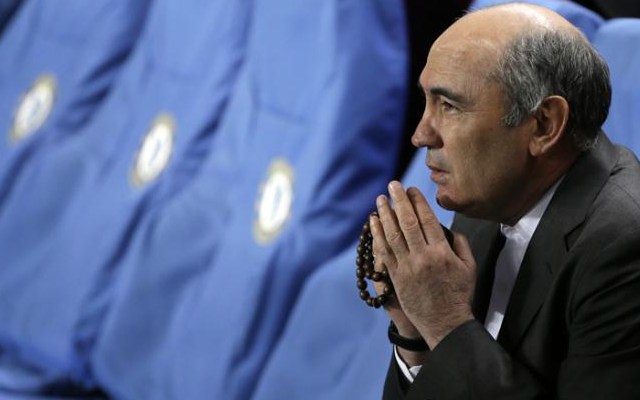 Usually you would expect a manager to outline his tactical plans to the players long before kick-off. Whether it be in training in the days prior to the match, or in the dressing room before they took the the field.

FC Rostov coach Kurban Berdyev is challenging that idea. The Rostov boss has been spotted playing around with his tactics board in the middle of the pitch as his side prepare to take on PSV. At least, that’s what it looks like from this angle – he could well be playing Connect Four.