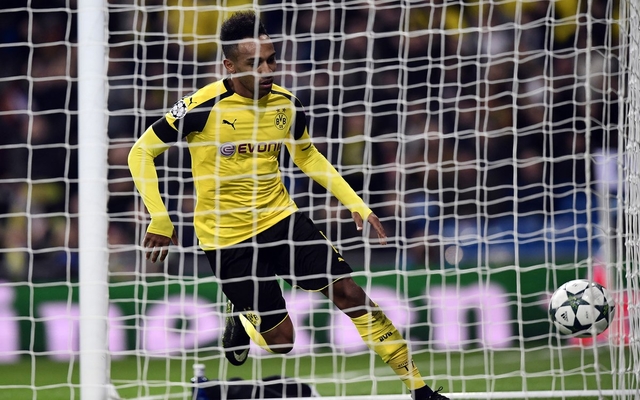 Borussia Dortmund left it late as they secured a 2-2 draw against Real Madrid at the Bernabeu on Wednesday night to secure top spot in Group F.

It was a straight shoot-out between the two sides for top spot in the group as a win for Real would have seen them leapfrog their rivals and receive a potentially favourable draw in the next round.

Karim Benzema gave them a two-goal advantage to move his Champions League tally to 50 in total, as it all seemed to be going to plan in the Spanish capital for Zinedine Zidane’s side.

However, they were undone by some excellent counter-attacking football by a side boasting great pace and clinical finishing in the final third.

Pierre-Emerick Aubameyang reduced his side’s deficit first as he tapped home to change the mood in the stadium, and the Gabon international went on to turn provider in the closing minutes as he squared for Marco Reus to grab the all-important equaliser.

That meant that Dortmund secure top spot with Zidane’s men extending their unbeaten run to 34 games in all competitions, but they will have to settle for second place and could now possibly face a tough tie in the round of 16.