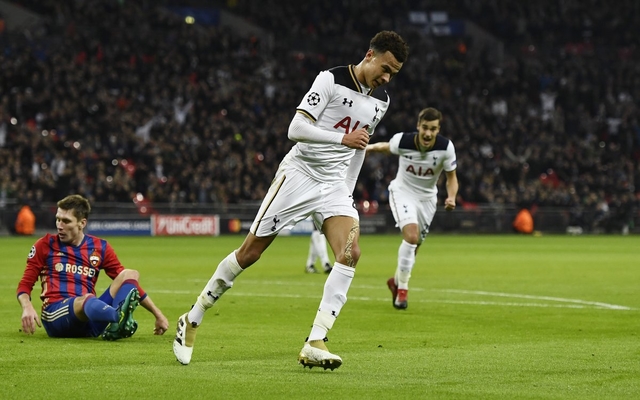 Tottenham were hoping to end their Champions League campaign with a bang, but instead they were carved open by CSKA Moscow at Wembley on Wednesday night.

Dele Alli had a couple glorious chances to put the home side ahead, but the England international wasn’t able to convert as the frustration grew in the English capital.

It was made worse when Mauricio Pochettino’s side were opened up by the visitors, with Alan Dzagoev scoring the opening goal of the game after some lacklustre defending.

However, the Argentine tactician got the reaction that he would have wanted to see as Spurs hit back as they look to secure a place in the Europa League and avoid the unwanted record of losing all three group ‘home’ games at Wembley this year.

The Premier League side have missed out on a place in the last-16 of Europe’s premier competition after a string of disappointing results and a defeat on Wednesday night could have made it even worse.

Alli stepped up and delivered when it was needed though as he finally found the back of the net to leave a hapless Igor Akinfeev bemoaning another missed chance of a clean sheet.

Harry Kane added a second for the hosts just before half time as Pochettino certainly looked a much more relieved man as they headed into the interval.