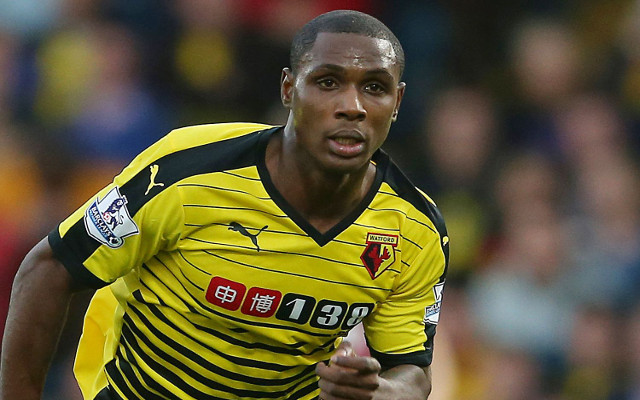 West London Sport cite Nigerian media in quoting Ighalo, who reveals that he wants Mikel to make the trip across London to Vicarage Road: “I would like it if Mikel joined me at Watford. He is my captain at the national team. Apart from that he is a very good player – very talented.”

Mikel has become as somewhat of a cult hero at Chelsea over the ten years he has spent at the club. During his time at Stamford Bridge he has filled his trophy cabinet with virtually everything there is to win at club level.

He has done so, despite not being any sort of a goal threat from the middle of the park. Mikel has scored just one Premier League goal for Chelsea in 249 appearances. That solitary goal came against Fulham in September 2013.

Despite Mikel’s inadequacies in front of goal, Ighalo insists that he could play for any team in England: “There is no team in the Premier League that will not want to have such a player.”

It remains to be seen whether Watford will act on their striker’s wishes in the upcoming transfer windows.