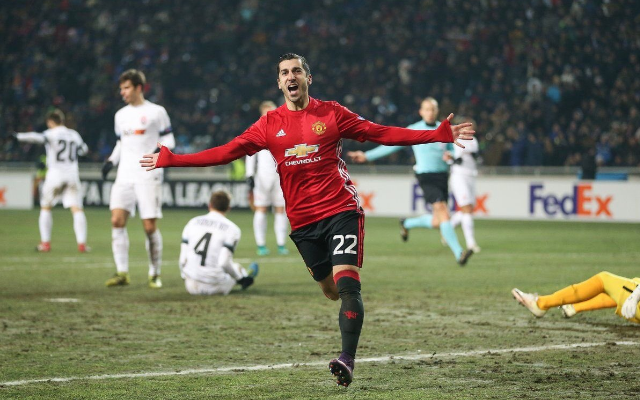 Manchester United are safely through to the knockout stages of the Europa League after beating Zorya Luhansk 2-0.

United’s Europa League campaign had not gone to plan prior to tonight’s game, with Jose Mourinho’s men falling to embarrassing defeats in two of their five previous games in the competition. Thankfully for the Red Devils, their fellow group members have endured similar shortfalls.

A moment of magic from Henrikh Mkhitaryan opened the scoring for United this evening. He bagged an excellent solo goal to open his account for the club; it is certainly worth a watch and you can see that here.

Zlatan Ibrahimovic then raced through and beat the goalkeeper to ensure his side were through to the next round. You can watch the big Swede’s 13th goal of the season here.

Mourinho’s men go through as runners up in group A to Fenerbahce, who beat Feyenoord this evening to seal their spot as group winners.

Man of the match – Henrikh Mkhitaryan: In a game which lacked quality, Mkhitaryan provided a moment which, along with Zlatan Ibrahimovic’s late goal, proved decisive. He weaved his way through two defenders before racing into the penalty area and firing home.