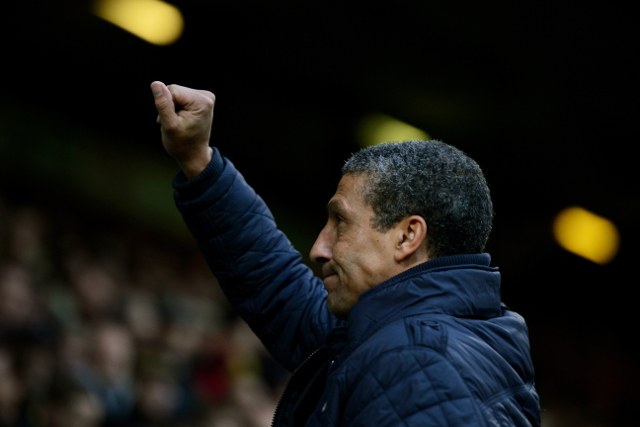 Brighton look to take another step towards the Premier League as they face QPR at Loftus Road on Friday night (KO 19:45)

Don’t forget that football fans can use Bet365’s live streaming service, as the Stoke based firm announce they have live feeds of a number of football matches this season to watch online through their website.

Brighton will aim to deliver their fans an important blow later tonight when they take on QPR at Loftus Road this Friday evening.

The Seagulls can go back to the top of the table with a win over their London opponents but things will not be easy, with both sides in confident mood coming into the game but We think we’ve found a belter of a tip for you.

Brighton are in a two horse race to take the Championship this season with Newcastle, and the Toon currently hold a one point lead coming into the match tonight following their 1-0 victory over Burton Wednesday.

Chris Hughton and his side know that a win would send the Seagulls back to the top of the table, and with only six games left in the season every point is vital.

Brighton currently have the third best away record in the Championship, only behind Newcastle and Fulham, but they have struggled in recent weeks on the road with losses at Leeds Utd and Nottingham Forest.

Tonight’s game will not be easy against a QPR side which has found some form under the management of Ian Holloway.

Rangers are particularly strong at home at the moment, having won four on the bounce at Loftus Road, but the arrival of the potential Champions Brighton will see a much stiffer test.

We could be set for an absolute belter with both sides, particularly Brighton gunning for maximum points. The Brighton away win looks plenty big enough at 11/10, but we fancy a bit more value.

Bet365 offer Brighton to win and both teams to score at 10/3, which looks a cracker jacker of a bet as QPR have smashed eleven goals in their last four at home, so should find the net.

Brighton on the other hand have plenty more quality and should ultimately come out on top – but we should see a few goals.

Get on the 10/3 and bag yourself a few quid for the weekend.