Arsenal forward Alexis Sanchez has paid tribute to the club’s legends in an Instagram post, just hours after being linked with a shock move to Chelsea.

As noted by The Mirror, the Blues were said to be monitoring Sanchez’s contract situation in north London with a view of pouncing if the two parties were unable to reach an agreement.

However, it doesn’t look as though the Chilean international is thinking about much else other than the Gunners right now as he posted this on Instagram just hours after the rumours started to circulate on Thursday morning. 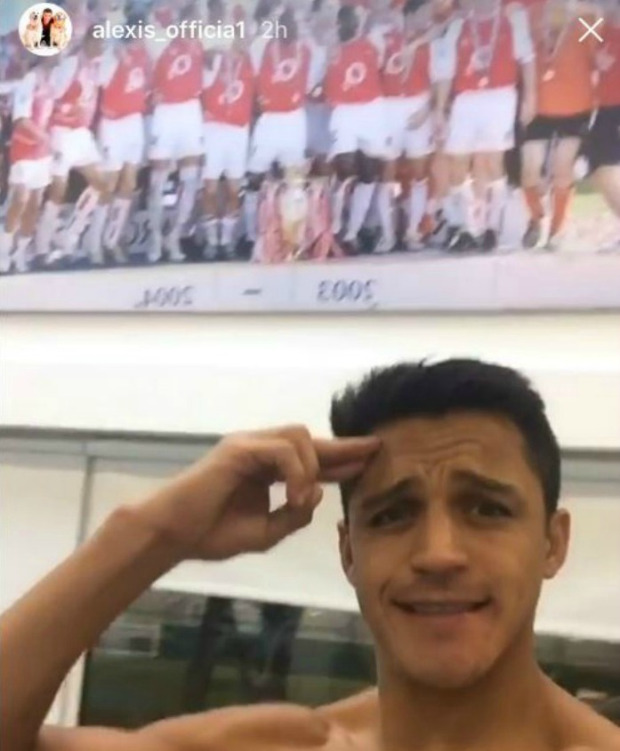 This obviously isn’t a guarantee that the 27-year-old will sign a new contract with Arsenal, but it does show how connected he is to the club and that should surely be perceived as a positive sign.

With 13 goals and 10 assists in 20 appearances in all competitions so far this season, Sanchez is proving just how important he is to Arsenal’s hopes of winning silverware this season.

Losing him would be a disaster, but losing him to a direct rival in Chelsea would be heartbreaking and wholly unacceptable for all the club’s supporters.

In turn, they’ll be hoping that this is a positive sign about what the future holds for their talismanic striker who will hope to continue to be their decisive leader in the final third to keep Arsenal in the hunt for trophies in the months ahead.