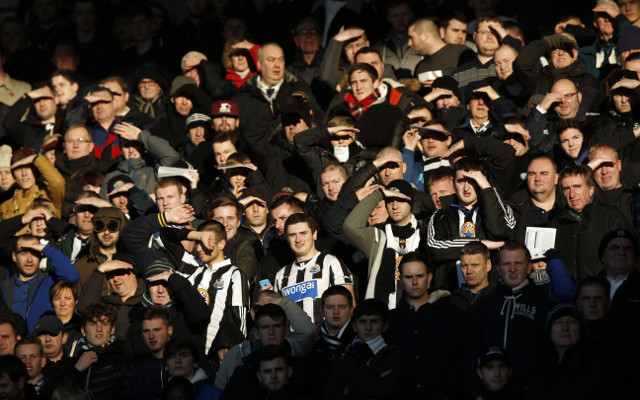 Aston Villa take on Birmingham in the lunchtime kickoff.

There’s a great opportunity to get involved with Bet365, who announced they have live streams this week of a range of football matches for you to watch this evening.

There was a huge game in the Championship last night as Brighton took all three points against a resurgent Leeds side. That result moved Chris Hughton’s side into pole position in the Championship and anow attention turns to the chasing pack this afternoon.

Brighton’s nearest rivalsNewcastle United will be out to avoid a third successive defeat when they take on Birmingham in what looks the pick of the Saturday ties.

Rafa Benitez’ side have lost to Nottingham Forest and Blackburn in the last two weekends which has seen the side slip down into second place behind the Seagulls. They will hope to get back to winning ways against the Blues who themselves find themselves in the playoff spot in fifth postion.

Benitez will have an almost full squad to choose from with Jesus Gamez and Rolando Aarons the only absentees. Jonjo Shelvey and Paul Dummett will be available for selection after their red cards in the defeat to Nottingham Forest were rescinded.

Speaking to NUFC.co.uk ahead of the game, Yoan Gouffran revealed that Newcastle are ready to take their frustration from the Nottingham Forest defeat out on Birmingham, “For us when we were playing it was like injustice. I think the changing room was at its worst. “Sometimes you concede a penalty but it’s not a red card.

“We were disappointed. We played well, even after we conceded two penalties Karl played well and saved them. “Now we must concentrate on us and not remember what happened last Friday. It was a bad week for us. I think against Hull we played well, but you know sometimes penalties decide who has to win.

With the top six all in action against each other the weekend promises to be full of action. On Friday, 2nd place Brighton play Leeds while on Saturday, at the same time as the Magpies/Blues clash, Reading have the chance to make their mark. The Royals are 6 points off the top and face 6th place Sheffield Wednesday at home.

At the other end, Rotherham and QPR do battle, Wolves are at home to Fulham, Blackburn Rovers with 2 draws and 2 wins in their last 5 are against Preston and third from bottom Cardiff head to Norfolk to face Ipswich.