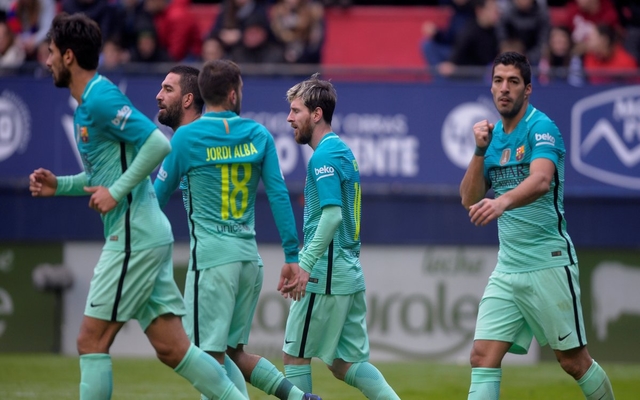 Barcelona secured a 3-0 win over Osasuna on Saturday to move to within three points of rivals Real Madrid at the top of the La Liga table.

Luis Enrique was missing the suspended Neymar while he also opted to make a change at right-back with Aleix Vidal dropped despite his impressive performance in midweek.

The visitors had to wait until the second half for a breakthrough too, with Luis Suarez finding the back of the net after some excellent build-up play between Lionel Messi and Jordi Alba.

However, it was all about Messi thereafter as the Argentine international scored twice to wrap up the win, including a majestic second as he ran rings around the Osasuna defence before keeping his composure and cooly slotting home to in injury time to put the icing on the cake.