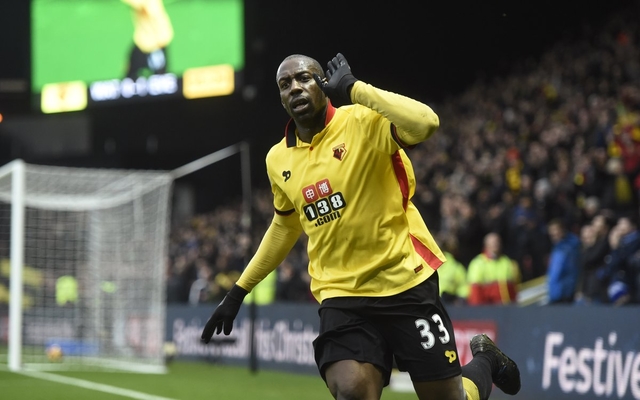 Romelu Lukaku had put the visitors ahead, but Okaka equalised soon after with his first Watford goal. It was one to remember too, as he flicked Valon Behrami’s whipped delivery past the helpless Marten Stekelenburg.

Okaka joined Watford in the summer transfer window from Anderlecht. He scored 17 goals for the Belgian giants last campaign, and showed his goal-scoring touch for the first time in a Watford shirt this afternoon.