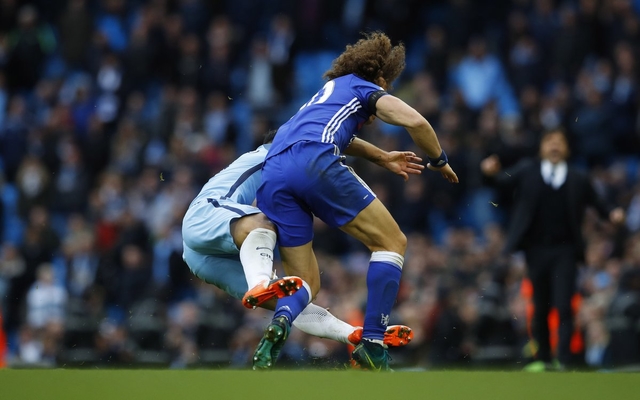 After two months of absolutely flying, Chelsea are at risk of coming crashing back down to earth in the Premier League.

8 wins in a row has the Blues top of the table and looking set to run away with the title, but the results of last week’s brawl with Manchester City could see the leaders pulled back into the pack.

The Mirror are reporting that Chelsea could be docked points after the incidents in the wake of Sergio Aguero’s horror tackle on David Luiz.

No Chelsea player was sent off – or even yellow carded – in the brawl. But this is the fifth such incident that the Stamford Bridge club have been involved in 19 months.

The Mirror warn that this repeated offending could force the FA into a more serious punishment than the usual fine. They point out that the FA’s ruling following Chelsea’s “Battle of Stamford Bridge” with Tottenham last season specifically mentions that points deductions were considered.