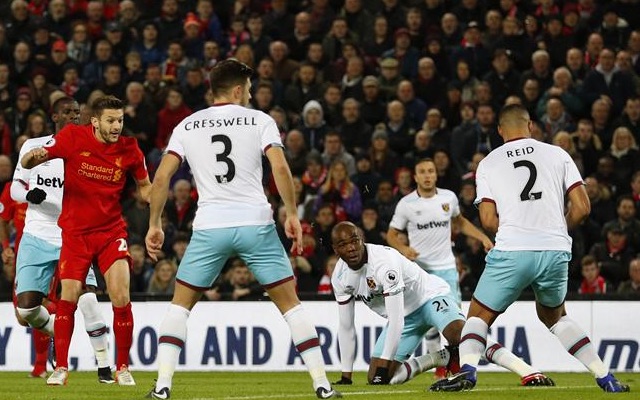 Aaron Cresswell’s reason for being at Anfield on Sunday was strictly business as he arrived with West Ham United in search of Premier League points.

However, the Hammers left-back could not stop himself touching the iconic This is Anfield sign before kick-off.

The moment, which was captured by Sky Sports cameras, sparked transfer talk, with Metro referencing a summer rumour which linked the 26-year-old with interest from the Reds.

?Aaron Cresswell touching This is Anfield sign before #LIVWHU.

?#WHUFC left-back was an #LFC player as a teen and is still a Reds fan. pic.twitter.com/6bx940jTQf

Merseyside-born Cresswell makes no secret of the fact that he is a Liverpool fan, despite being rejected by the club as a teenager.

The one-cap England international was briefly in the Liverpool youth team, before being released and picked up by Tranmere Rovers, where he made his name and earned a move to Ipswich Town in 2011. 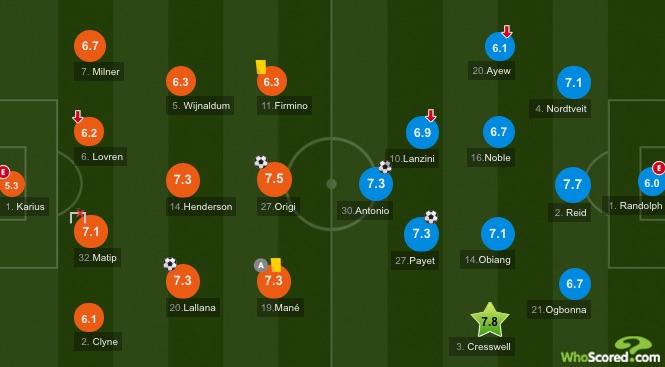 The 2-2 draw at Anfield saw Liverpool stay third and West Ham climb out of the relegation zone to 17th.