Real Madrid superstar Cristiano Ronaldo won his fourth Ballon d’Or award on Monday, and the results of the voting have shown how far ahead he was of the competition.

The 31-year-old has had a 2016 to remember having won another Champions League winners medal before helping Portugal to their first ever major trophy at Euro 2016.

While the goals and individual accolades also continued to flood in, Ronaldo won’t be forgetting the last 12 months in a hurry and it was all capped off on Monday night with the Ballon d’Or award.

Journalists from around the world were asked to vote for their winner, and as seen in the graphic below, Ronaldo tallied more than double Messi’s total.

However, the headlines will be about Ronaldo and his margin of victory, while it remains to be seen what 2017 brings with the old rivals likely to do battle once again. 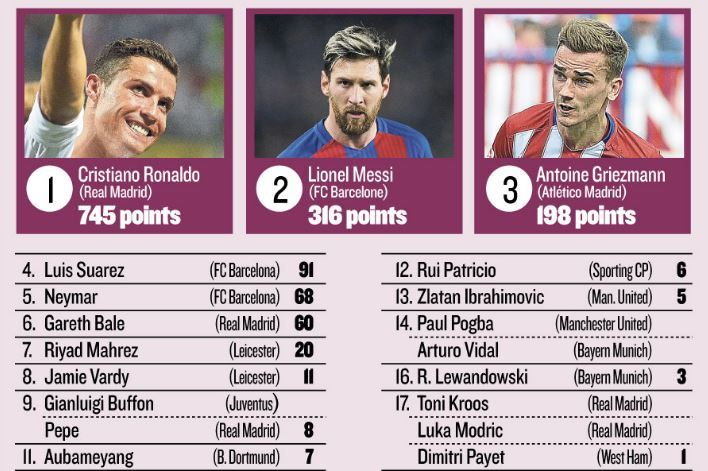