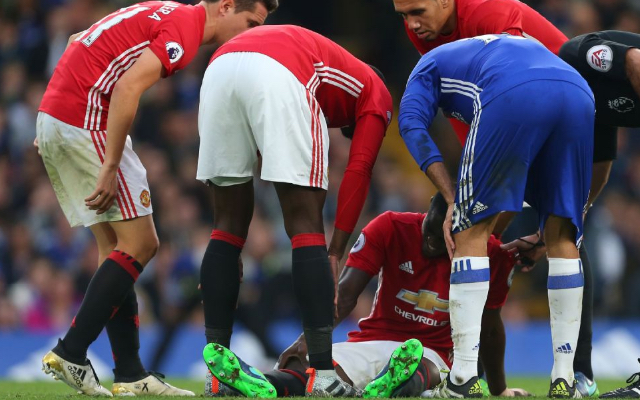 In the first months of the season, before Zlatan Ibrahimovic and Paul Pogba had begun coming into form, there was no question over who Man United’s best summer signing had been. Eric Bailly, the defender bought from Villareal in the summer, had slotted straight in to the Red Devils team and was showing real class from the back.

With pace, power and composure, he provided a reliability and steadiness that players like Chris Smalling and Phil Jones just don’t. Then a knee injury at the end of October took him out of action.

Last night was Bailly’s first start since that day, after a couple of impressive cameos as a sub. Tragically, after going down once and then playing on, the Ivorian was forced off just after half time.

The real worry for United fans is that the knee problem that induced his removal last night was in the other knee, not the one he had injured in October. Whether it is a new problem entirely or was brought on by imbalance caused by the initial injury remains to be seen, as does the severity of the problem. What is certain is that with two injuries back to back taking him out of action, some United fans will be very worried that Bailly is going to be a player who suffers a lot on injuries in the future.