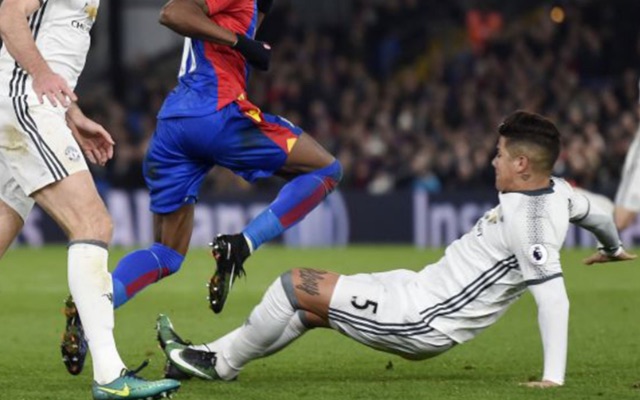 Goals from Paul Pogba and Zlatan Ibrahimovic helped United win for the second time in four days, but it was Rojo who was in the spotlight yet again after making another seemingly dangerous tackle.

With the score at 0-0, Rojo was shown a yellow card for this two-footed lunge on Wilfried Zaha late in the first half.

The general consensus was that it could easily have been a red, but Mourinho refused to discuss the incident directly after the match at Selhurst Park.

Surprisingly, Rojo has only been booked twice in 17 matches this season.