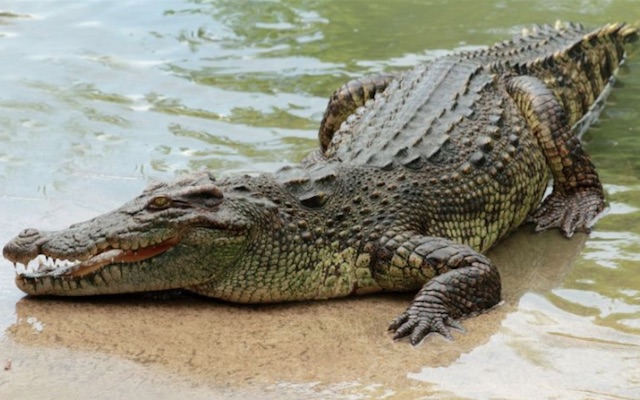 That is because Kashima defender Naomichi Ueda has warn the European champions: “I’m a crocodile.”

Ueda, who is 22 years old and 6′ 1″ in height, is also quoted by BBC Sport as saying: “Just as a crocodile will complete its conquest by dragging its prey into the water, I just want to bring them down – whether it’s in the air or on the ground, one on one.”

Kashima qualified for the tournament as winners of the 2016 J1 League and they had to beat New Zealand’s Auckland City, South Africa’s Mamelodi Sundowns and Colombia’s Atletico Nacional to reach the final.

Meanwhile, Real were given a bye to the semi-finals, where they overcame Club America 2-0 on Thursday.

Ronaldo scored in the Real’s victory over the Mexican giants, which helped him win the Man of the Match award in our player ratings.

Real have won the Club World Cup just once before, back in 2014 when goals from Sergio Ramos and Gareth Bale saw Los Blancos defeat Argentinean outfit San Lorenzo 2-0 in a Marrakesh final.