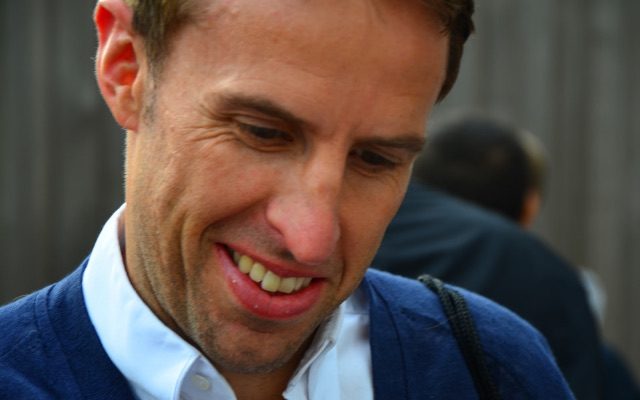 Image of Gareth Southgate (CC BY 2.0) by Ben Sutherland

Gareth Southgate has joined the long list of men aiming to guide England back to glory after accepting the manager’s position on a full-time basis. The 46-year-old reportedly first turned down the role over the summer to replace Roy Hodgson, allowing Sam Allardyce to take the reins.

However, the former Sunderland boss’s ill-advised comments to a reporter posing as a businessman forced him to step down from the role after just one game in charge of the Three Lions. Southgate was asked to fill the role temporarily, but after a series of strong performances, including a 2-2 draw against Spain, the Football Association were encouraged enough to hand him a four-year contract.

Southgate now has the task of first ensuring that England qualify for the 2018 World Cup, but then once their place on the plane to Russia has been booked he has to find a way of driving his team towards success where far more experienced managers have failed before him.

The 46-year-old enjoyed a successful career in the game, making over 500 appearances in his career, the majority of which came in the Premier League in lengthy spells with Aston Villa and Middlesbrough. However, the most notorious moment was probably his high-profile miss in England’s penalty shootout defeat to Germany in the semi-finals of Euro 96, joining a long list of Three Lions players to fail under the intense pressure.

In 2006 he made the move into management, ironically replacing Steve McClaren at Middlesbrough who became England boss after guiding the North East side to the UEFA Cup final. He recorded mid-table finishes in his first two years in charge, but the club were relegated to the Championship in his third year, and although they were showing signs of improvement in the second tier he was sacked in October 2009.

After time away from the game he was handed a chance to rebuild his managerial career by taking over from Stuart Pearce as manager of the England Under-21 side. There he performed well enough, guiding the Young Lions to the 2015 European Championship finals, only for them to fail to progress from the group stage, emulating the senior side’s failure at the 2014 World Cup.

The FA were keen to promote Southgate despite his lack of success both at club and international level when looking for Hodgson’s replacement. However, he reportedly turned down the role to focus on his duties with the Young Lions. Since he was pressed into duty due to Allardyce’s indiscretions, he managed to meet the low expectations, winning two and drawing two of his four matches in temporary charge.

However, England were far from fluent in their play in the contests, with their best performance coming against an undermanned Spain side. Even that match saw the Three Lions capitulate late in the game, letting a two-goal lead slip in the final minutes. His appointment to the full-time position was met with scepticism given the underwhelming nature of the team’s performances and his lack of success with the Under-21s and Middlesbrough.

Meanwhile, the behaviour of captain Wayne Rooney between England’s matches against Scotland and Spain may have already undermined Southgate’s authority over his players. Going forward he must be a strong-willed and be prepared to cut players like Rooney adrift, whose best days at club and international level appear to be behind him.