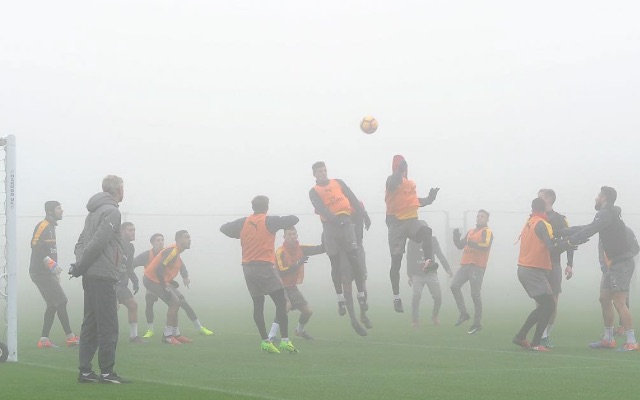 Visibility in London was so poor on Saturday that even Mesut Ozil would struggle to see a long-range pass.

Nevertheless, Arsenal took to their training ground to have a light session before they left the capital to head north ahead of Sunday’s trip to Manchester City.

As well as the weather being foggy, it was bitterly cold, so most Gunners players wore gloves. Not the full-backs, though. Look at Nacho Monreal and Hector Bellerin, the hard b*stards.