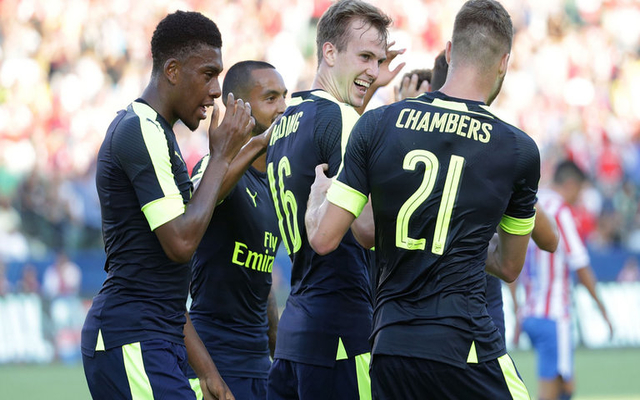 Arsenal are reportedly set to loan out summer signing Rob Holding in order to give him more opportunities of regular first-team football.

As noted by The Mirror, the 21-year-old arrived in north London in a £2.5m deal in the summer and was immediately thrown into the team by Arsene Wenger due to injuries.

However, following the signing of Shkodran Mustafi and the return from injury of Gabriel and Per Mertesacker, the youngster’s chances are set to get even slimmer in the coming months and it’s likely he’ll now leave on a temporary basis.

It’s added in the report that a whole host of Championship clubs are queuing up for the England Under-21 international, while there is also some interest from further down the Premier League.

Either way, given that he hasn’t played in the league since August in the win over Watford, Holding will accept that he has to keep improving and develop his game which will come with a loan spell.

Having impressed in the EFL Cup, the quality is evidently there, and so the Arsenal man will hope to build on that, impress Wenger elsewhere and return at the end of the season pushing for a place in the side again.

The Gunners will have to choose carefully though, as they don’t want to let him leave the Emirates only to sit on the bench elsewhere. In turn, a club willing to give Holding a prominent role will have to be prioritised and Wenger will undoubtedly pick carefully.