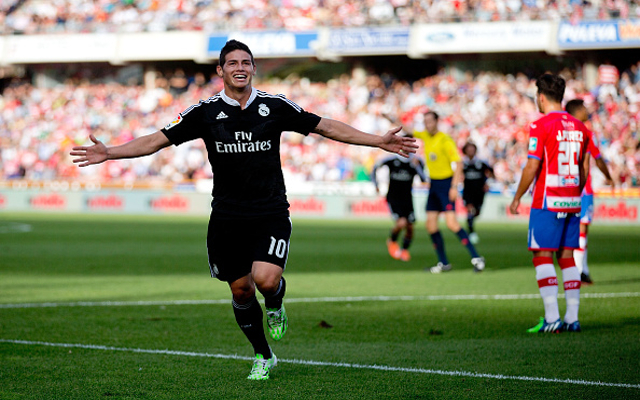 Real Madrid star James Rodriguez has refused to commit his future to Los Blancos amid rumours that he could leave the club in the January transfer window, reports Di Marzio.

In wake of Real’s Club World Cup victory, Rodriguez was asked whether his future lays at the Bernabeu – his response may excite Chelsea fans, as Di Marzio reports: “I can not guarantee my stay at Real Madrid. I have some offers and seven days to think about it”

Yesterday, the Mirror reported that Chelsea were plotting a club-record £75 million bid for Rodriguez in the January transfer window. They believe that the Blues will use the £62 million they are set to receive from Shanghai SIPG to fund a move for the Colombian superstar. If that is the case, Antonio Conte will no doubt be alerted by Rodriguez’s hesitance to commit himself to Real.

Chelsea went nine points clear at the top of the Premier League table after an 11th consecutive victory yesterday against Crystal Palace. The prospect of adding Rodriguez to an already star-studded squad will no doubt be a frightening thought for their rivals.