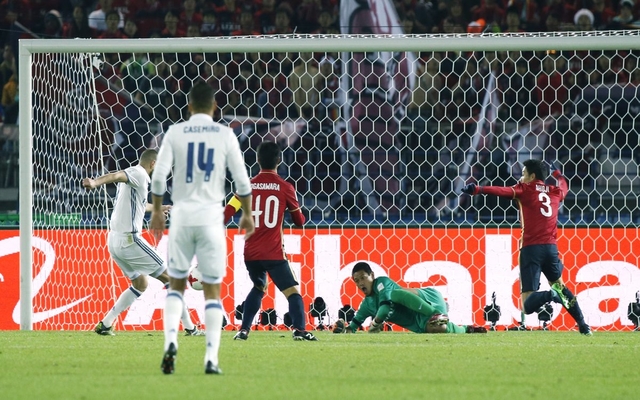 Real Madrid are looking to make history in Yokohama on Sunday and Karim Benzema set them on their way against Kashima Antlers with a typical poacher’s goal.

The Spanish giants could become only the third team to claim a second Club World Cup title, and Zinedine Zidane’s men were certainly up for the challenge.

After some tidy build-up play, a Luka Modric volley was parried out but merely into the path of Benzema who made no mistake and pounced on the rebound to tap his side in front.

Los Blancos are the heavy favourites in this one and after getting past Club America in the semi-finals, they are firmly on path to finish the job in Japan.

Sergio Ramos returned for the Spanish giants to give Zidane another boost prior to kick-off, as Real look to wrap up another piece of silverware before returning to domestic action and continuing their pursuit of trophies.